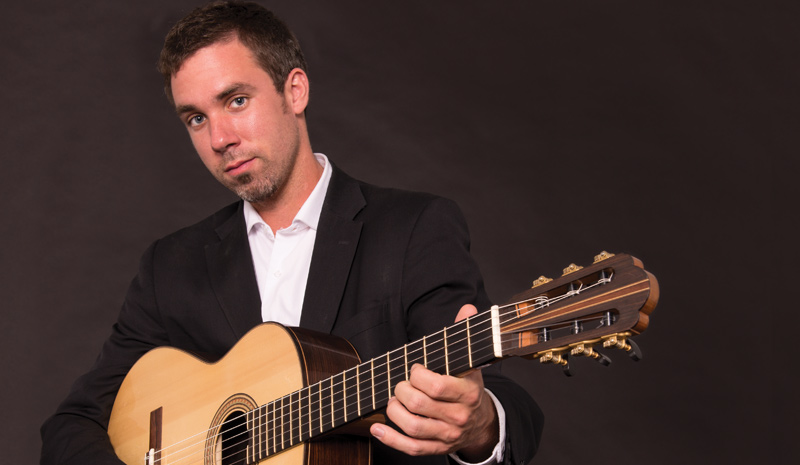 Northwest virtuoso classical guitarist and composer, Ryan Walsh, taught himself guitar on the hillsides of the Columbia River in his hometown of Astoria Oregon. His passion for the instrument later took him to study with the masters in Spain, where he would receive his formal training at the Conservatorio Superior de Sevilla. Strongly inspired by such composers as Joaquín Rodrigo, Leo Brouwer, and Roland Dyens, Ryan’s music at once captures the guitar’s evocative, idiomatic voice and the plaintive coastal landscapes of his youth.  He has brought his talents home to Oregon and has become one of the region’s most recognizable composers and performers.